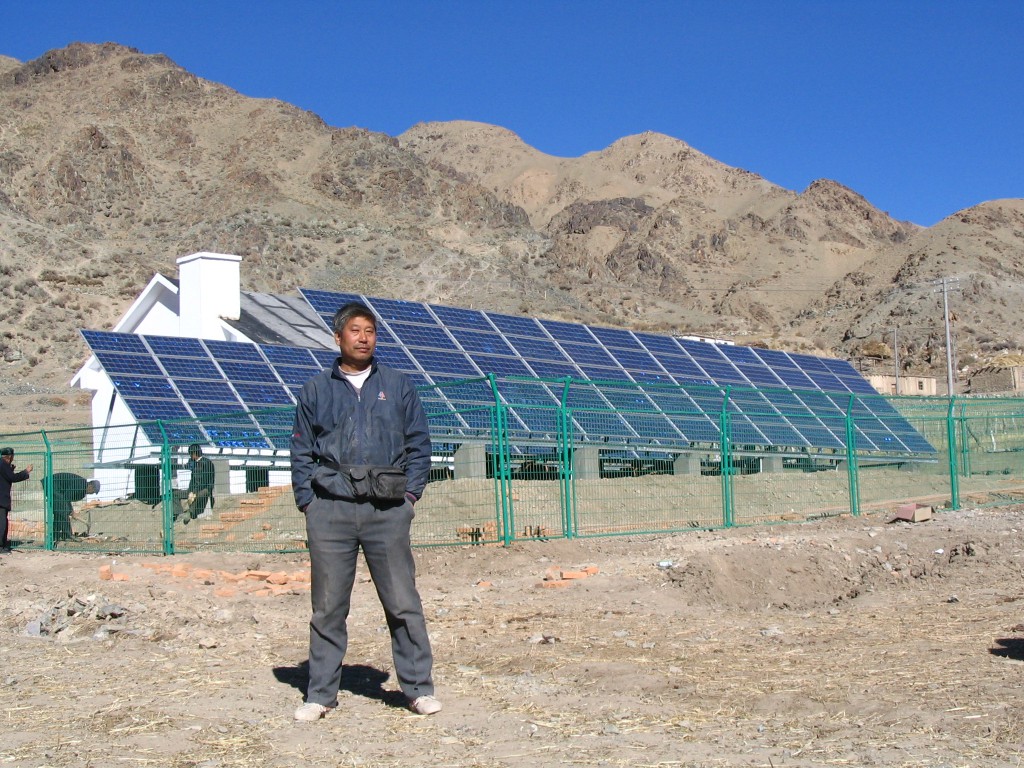 Michael Wollny coordinated this mayor project on behalt of the SMA Solar Technology AG: Under his guidance, more than 200 villages with 10.000 households in the four Western Provinces were supplied with electricity by mean of solar power.

The Chinese government initiated this program in order to provide the rural areas in the Western provinces with electricity by decentralized power supply systems.

The German Bank of Reconstruction (Kreditanstalt für Wiederaufbau, KfW) ) supported the Chinese state government by expanding the use of renewable energy sources. The decentalized power supply on the basis of renewable sources improved the living conditions of the population in the four provinces.

Michael Wollny supported this ambitious project with technical advise in system design, commissioning and hands-on training for installers, technicans and responsible authorities in the Chinese provinces of Yunnan, Xinjiang, Gansu and Qinghai.