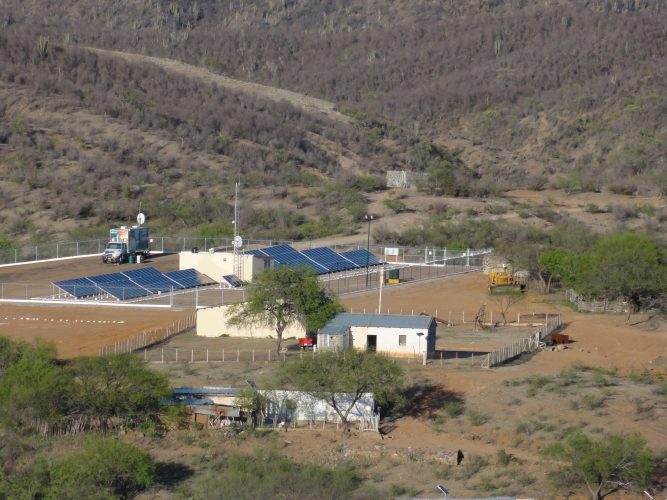 The Mexican government launched the program "Light for Mexico“ in order to provide remote communities in Mexico with electricity services.

In cooperation with the Mexican utility company CFE and the ministries in the Ferderal states, Michael Wollny leaded this complex project as senior adviser on behalf of the SMA Solar Technology AG. In this position, he was mainly responsible for the establishment of the consortium with Fraunhofer ISE (Freiburg) and the Mexican utility company CFE.

A pilot project provided electricity to a rural community center, serving as a demonstration centre for new technologies and supporting  the technology transfer of solar photovoltaic technology. This was important especially regarding the isolated applications to the public grid and the training for the personnel involved. Generally, the demonstration area  promoted all steps for installing  the pv system: planing, installing, commissioning, operation and maintenance.